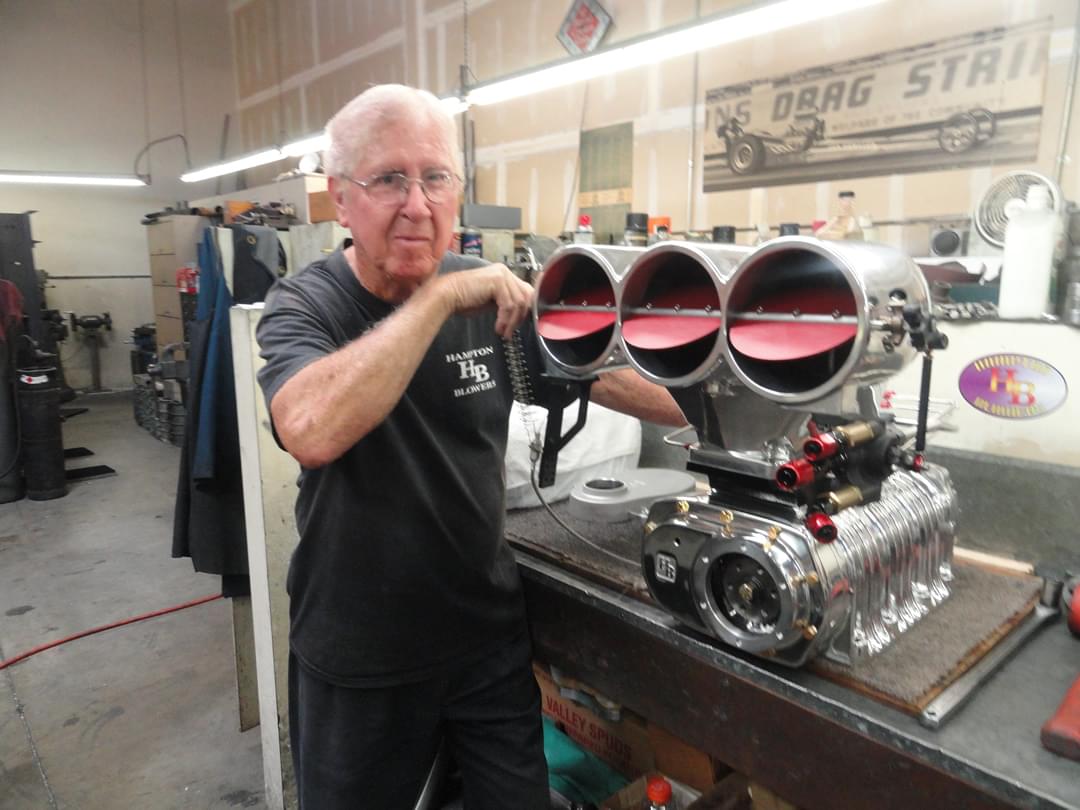 Don Hampton was one of the 1st to modify Blowers into Superchargers....

Supercharger Specialist was "Born To Race" with over 60 years manufacturing blowers/superchargers for high speed performance vehicles including: marine, drags, street and hot rods. 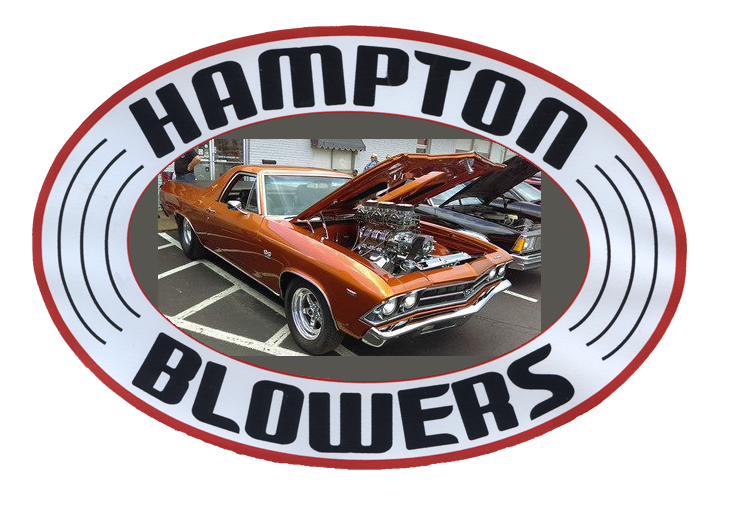 Don Hampton, at the age of 13, began working at a service station his father owned in Bell, California, a suburb of Los Angeles. At that moment he also began saving money to buy parts for his first hot rod. By the time Don reached his 16th birthday, he had already built a '29 Ford Model-A Roadster with a Cragar two-port cylinder-head-equipped four-banger engine, and drove it to the old Santa Ana Drags to begin his racing career.


During the 1950’s, Hampton gained recognition as not only a driver, of such vehicles as his; ’29 Roadster, a Ford flathead, a “rear engine” Buick V-8, a Top Fuel 354-cid Chrysler belonging to Chet Herbert as well as Kenny Lindley’s beautiful Miss Fire dragster, which he drove at the ’59 NHRA Nationals in Detroit, but also as a mechanical engineer, manufacturing blowers “Hampton Blowers” in 1957.
Partnering with Eldon Dye and Kenny Lindley, throughout the 50’s brought Hampton opportunities to drive award winning vehicles, as well as be on the front lines of mechanical innovation for the early years of drag-racing.
With his racing career and business well on their way, the 60’s-70’s were pivotal years for Hampton. During the mid-sixty’s he created the first after market magnesium blower, which quickly became a must have among racers. At the same time, Don was the driver for many different cars, including fuel and gas dragsters. He drove Eldon Dye’s Bantam-bodied competition coupe. They built one of the most unique vehicles in drag racing history, the twin-engine Dye and Hampton “Too Bad” Fiat competition coupe.
In later years Hampton modified the coupe into what may have been history’s only twin-engine Funny Car, the “American Band Stand” Corvette. In 1970, Hampton won the NHRA Winternationals in Top Gas Dragster with his own, “The Don Hampton” car equipped with a 392 Chrysler engine, beating Bob Muravez in the process.
In ‘73 he built and drove a very fast – and very noisy – rotary engine Mazda at Bonneville named “Half Bad”, and eventually, driving the Top Fuel runner “Too Bad II” as the early eighties approached.
One of the highlights of Don’s career took place when he was inducted into the California NHRA Hall Of Fame in 2006 with a Lifetime Achievement Award. He even drove Bucky Austin’s Top Fuel “Eagle Electric” in the Cacklefest ‘06.
On March 15th 2007, Don was inducted into The International Drag Racing Hall Of Fame. The ceremony was held in Gainesville, Florida.
Even though Hampton retired from drag racing in 1984, he continues to thrive with his business Hampton Blowers, manufacturing blowers for street machines, dragsters and drag boats. With precision and expertise Don handles and inspects each product to always deliver the best!  A true innovator, Hampton continuously develops new and more efficient blowers and is looking forward to celebrating over 60 years in the supercharger industry.